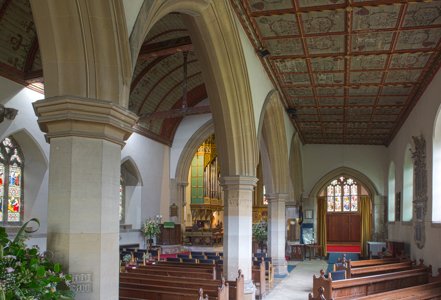 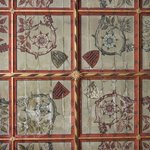 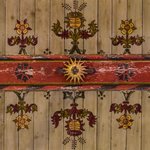 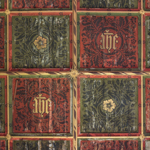 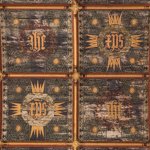 By the 19th century the church

was crowded with pews and galleries: a print of 1804 in the Gentleman's Magazine shows access to the galleries by outside steps.

A Restoration of 1823 took out the row of arches opening into the south aisle and       re-pitched the roof so to create one space, with galleries all the way around. The emphasis then was on preaching.

By the 1870s the church of England was being powerfully influenced by the "Oxford Movement" which tried to return to medieval ritual, decoration and architecture.

The Rector of Kings Stanley,  John Gibson was an enthusiast for the new movement and initiated a restoration in 1874 which was completed in 1876. The architect was the well-known GF Bodley, though Gibson had a hand in the design. Gibson and subscribers paid the cost of the restoration of the chancel, and Samuel Marling paid for the nave and south aisle. The Victorian church is a fine example of its kind, with the painted wagon roof and tie-beams favoured by Bodley 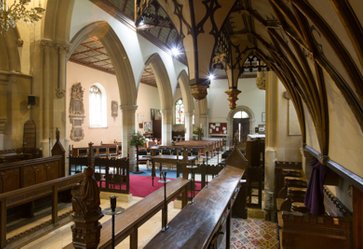